Why I Cry More Today

Why I Cry More Today

It’s the strangest thing. I find myself tearing up more as I grow older.

It’s not sentimental crying, like I always do at the end of Field of Dreams (“Hey Dad—wanna play catch?”). No, the tears today come out of nowhere and catch me by surprise. This morning I read a story about a high school girl who had been denied a chance to compete in a track meet because she wore an hijab, a Muslim head covering. People rallied around her; these included both Republicans and Democrats in the state house, who passed legislation ending such discrimination.

Suddenly I found my eyes watering. And I asked myself, “Where did that come from?”

Maybe it has a little to do with qualifying for an AARP membership. I’ve lived long enough to note many events on my “I can’t believe people can be so tacky” scorecard. Arguments, conflicts, discrimination, violence, division…It’s really quite a long tally sheet. Each one reinforces what I fear: Homo sapiens really haven’t progressed much since clans were fighting over a choice piece of forest.

And so when I see diverse people coming together to do the right thing, I’m shocked. It’s like stumbling upon a newly discovered Rembrandt. I’m totally moved by people transcending pettiness and being compassionate or advocating justice. Such times affirm that at the bottom of our hearts, regardless of our differences, we each share a reflection of the divine image. That image is one of goodness.

My tears are tears of longing for more times like that. Sometimes they appear while reading a story about high school athletes. Other times it’s when people rally together against the backdrop of horror, like the Russian-Ukrainian war. Regardless of the event, the kingdom of heaven cracks open a bit to show us who we can be as a human family.

The strange thing about Jesus crying at Lazarus’s death was that he could have prevented it in the first place. He had delayed his visit intentionally, assuring he would arrive at a scene of sorrow. It was as if he wanted to be at a place where people were coming together in a united sort of way, where both Pharisee and sinner grieved and shared tears. Perhaps Jesus cried, not just because of grief, but because he saw the closeness we can have with each other but so seldom realize.

In such times, death shrinks in the shadow of God’s kingdom. It’s a kingdom we see more clearly through eyes blurred by tears.

Going to church or Being the Church 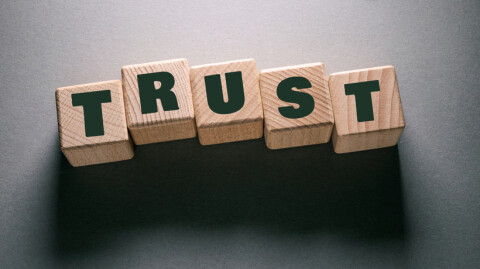 Can we rebuild trust in America and in each other? 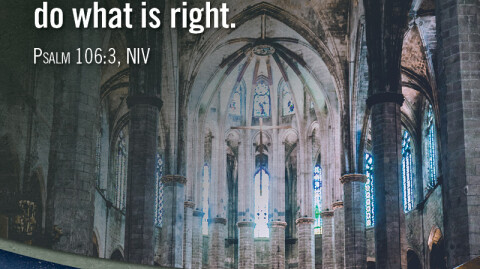